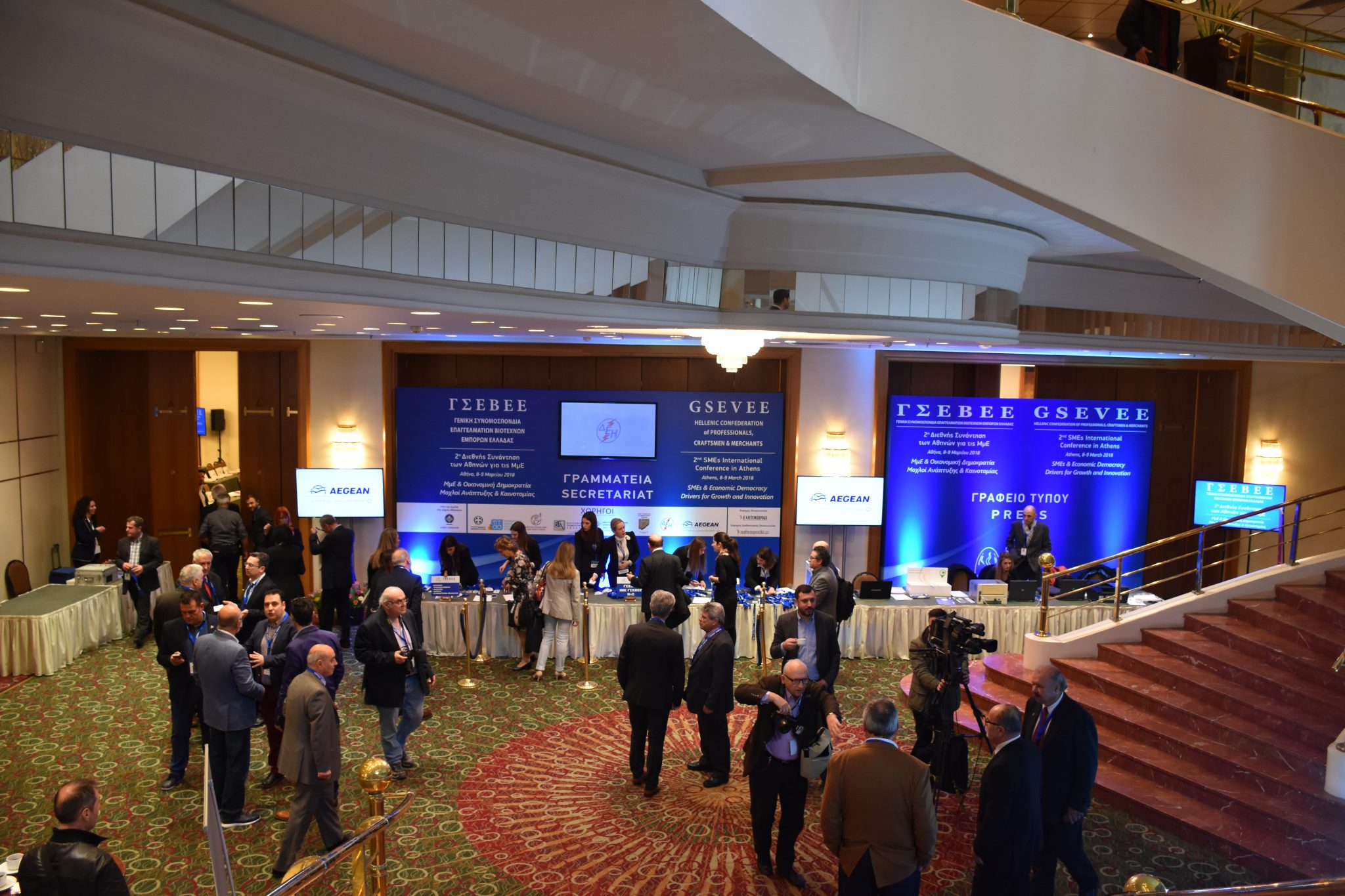 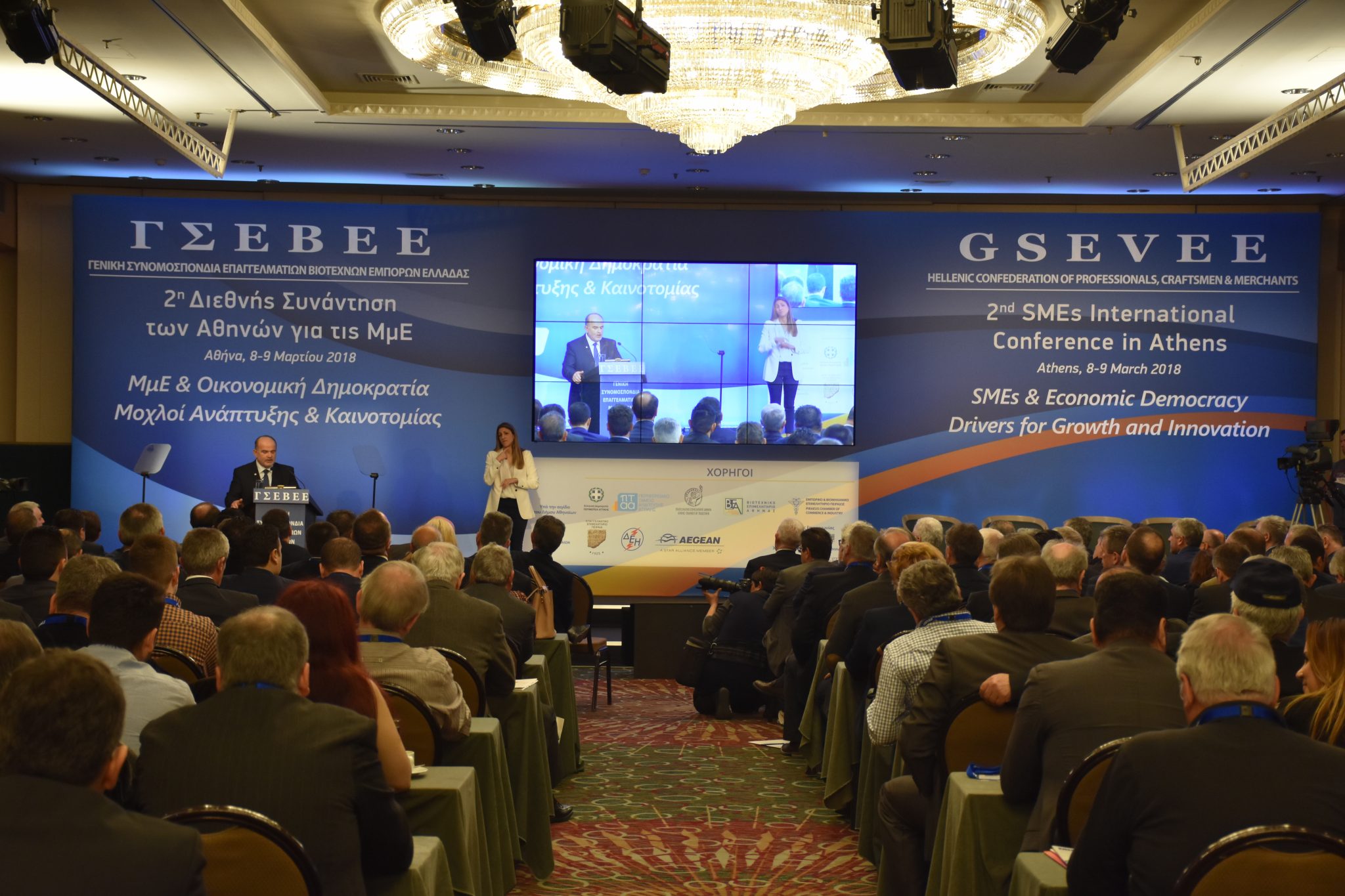 The 2nd SMEs International Conference of Athens, organized by the General Confederation of Professionals, Craftsmen and Traders of Greece (GSEVEE), with the theme “SMEs and Economic Democracy. Drivers for Growth and Innovation” took place in Athens, with the great success and the presence of the Prime Minister, Mr. Alexis Tsipras as also Ministers, Representatives of the Church and Members of Social Agencies contributed to the conference’s success.

On the first day the Prime Minister Alexis Tsipras gave an opening speech at the Conference, while the second day the Head of the Opposition and President of the New Democracy Mr. Kyriakos Mitsotakis participated actively with his speech as well.  The President of PASOK and head of the Movement of Change, Ms. Fofi Gennimata gave also a speech on the second day of the conference.

At the two-day Conference of GSEVEE, the Vice-President of the European Parliament, Dimitris Papadimoulis,the President of the Committee, Mr. George Dassis, as well as representatives of GSEE, SEB, BEA, EBEA, EEP attended and they gave a series of speeches on the SMEs.

During this Conference on European SMEs, spokespersons and representatives of Agencies and bodies from Europe participated actively. Overall, over 500 delegates and observers attended this International Conference, which was held for the second time in Athens.

The Congress Line undertook the organization and the proper planning of the conference by providing secretarial support and audiovisual coverage.

Τhe company also contributed to the creation and distribution of conference material such as folders, brochures, pens, as well as corporate gifts for the delegates.

Our company was also responsible for the creation and printing of the banners and roll ups of the conference as well as their proper placement in the area of the congress.

Last but not least it is worth mentioning that the conference was held at the Divani Caravel hotel, in Athens.

Greeting-Speech by Fofi Gennimata, President of PASOK and Head of Change Movement