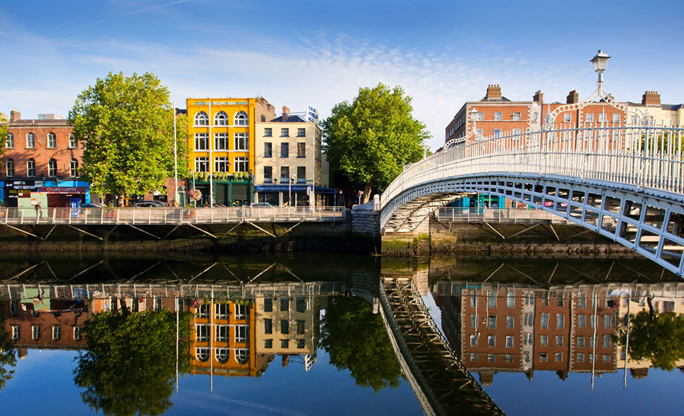 European Destinations to Travel in March

If you are planning an escape, even the last minute, the possibilities are many for the spring season. March is the beginning of the festival season in Europe, so there is a variety of happenings to visit.

Maybe a stroll in the Saint Patrick’s Day in Dublin or the Routke wars in Chios? Whether you are looking for an adventure or a relaxation retreat, March is the perfect month to enjoy some of Europe’s most beautiful sights and events, without the unbearable heat and crowd of summer.

To find the best places to travel this month, we’ve looked at popular but also unknown annual events and events that take place in beautiful places in good weather.

Are you ready to book your next European holiday? These are the best places to visit this month. Book your stay and tickets from Congress Line.

As for our first proposal for an escape in March, you do not have to change a country. By taking the plane or the ship, you will find yourself in a spectacular event taking place in Chios. A night-view on the Greek island of Chios, when two rival churches participate in an unusual tradition known as the “Rusketball” on the night of Holy Saturday. Beginning around 8:00 pm, neighboring churches begin to fire thousands of fireworks to one another and improvised rockets, creating both light and noises that feel like a comet falls.

The next morning a count of the rockets that they found in each bell to make the winner count. The event is so popular, where locals and tourists climb the hills (the slope of Mount Aippus) to ensure a good spot before the launch begins.

The streets of Dublin are being raised by the crowd this month to celebrate Saint Patrick’s Day this year, March 15-19. Travelers going to the Irish capital in March have many things to attract attention to . whether it’s a walk in Dublin’s harbor or to attend the famous two-mile Saint Patrick’s parade.

Maybe as a national holiday is celebrated in more countries around the world, St. Patrick’s Day, however, is the day everyone wants to be Irish.

Moldova, located between Romania and Ukraine, is a country that we would call it forgotten or underestimated. It is often overlooked by travelers looking for more western cities such as Prague or Budapest.

But a festival came and changed this mindset. From March 1-10, the Martisor festival, which means Little March, takes place. This celebration, which was recently declared UNESCO’s Intangible Cultural Heritage by Humanity, hosts more than 40 concerts in Chisinau’s best concert halls (the Opera House, the National Palace) and other locations.

Visitors are often given an amulet of fertility known as “Martisor” (we would say something like our own “March” which is traditionally nailed above the heart.) Travelers who receive such an amulet from a native must consider themselves very lucky.

Be a curious and unknown reason to put Portugal at the top of your travels this spring: chocolate. This is due to the fact that the International Chocolate Festival, held in the medieval city of Óbidos, is an attraction for travelers. Although the inconvenience will be great, as the crowd will fight for some chocolate, you will go home satisfied.
The festival lasts several days, turning the narrow paved roads of Óbidos into showrooms where various sweets, truffles, pastries and chocolates are displayed. It’s like an art exhibition – an art of course being eaten.

If you notice a lack of citrus in your life, this coastal town on the French Riviera has the medicine. The city of Menton hosted the world-famous festival of Lemon (La Fete du Citron / Lemon-festival) February 17 to March 4, every year since 1928, making it one of the most popular events in the country. It hosts even more visitors than the Formula 1 Grand Prix in Monte-Carlo.

Visitors are headed straight to the Biovès Gardens, where artists create huge sculptures – a copy of the Eiffel Tower, for example – of oranges and lemons. Some of the events are: Lemon Plants Exhibition, Lemon Pilates, and Night Parades.